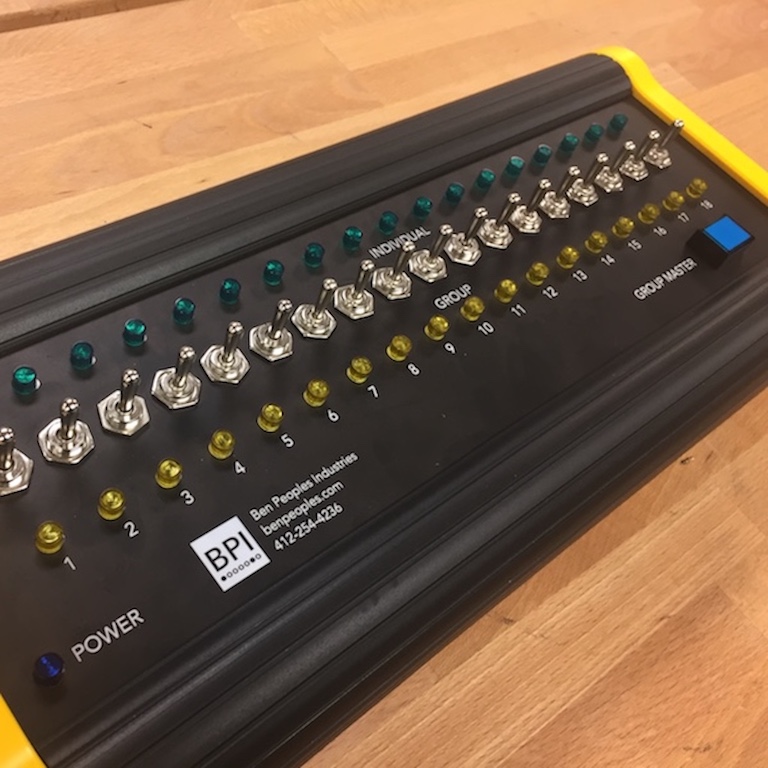 When the 15-year run of The Lion King‘s Gazelle tour wrapped up in 2017, they were already looking to launch the new Rafiki tour. The production electrician wanted to use our Prospero panels to replace the older console-style panels they had been using, but stage management didn’t want to change how their console was set up.

To solve this problem, we customized our Prospero hardware according to their specs, giving it same style of case as the tour’s existing cue light panels from 2002.

We traded our standard on-off switches for custom three-way switches, allowing the SM to select between off, group (controlled by a master switch), or independent control.  With the addition of custom metal-work and a lexan graphic overlay panel, we were able to match the look of the legacy cue light panel for the SM, while still providing direct DMX output that makes Prospero so appealing for the Production Electrician.