176 Universes of ArtNet, a Show Every 30 Minutes, 0 Down Time, Thanks to Horatio 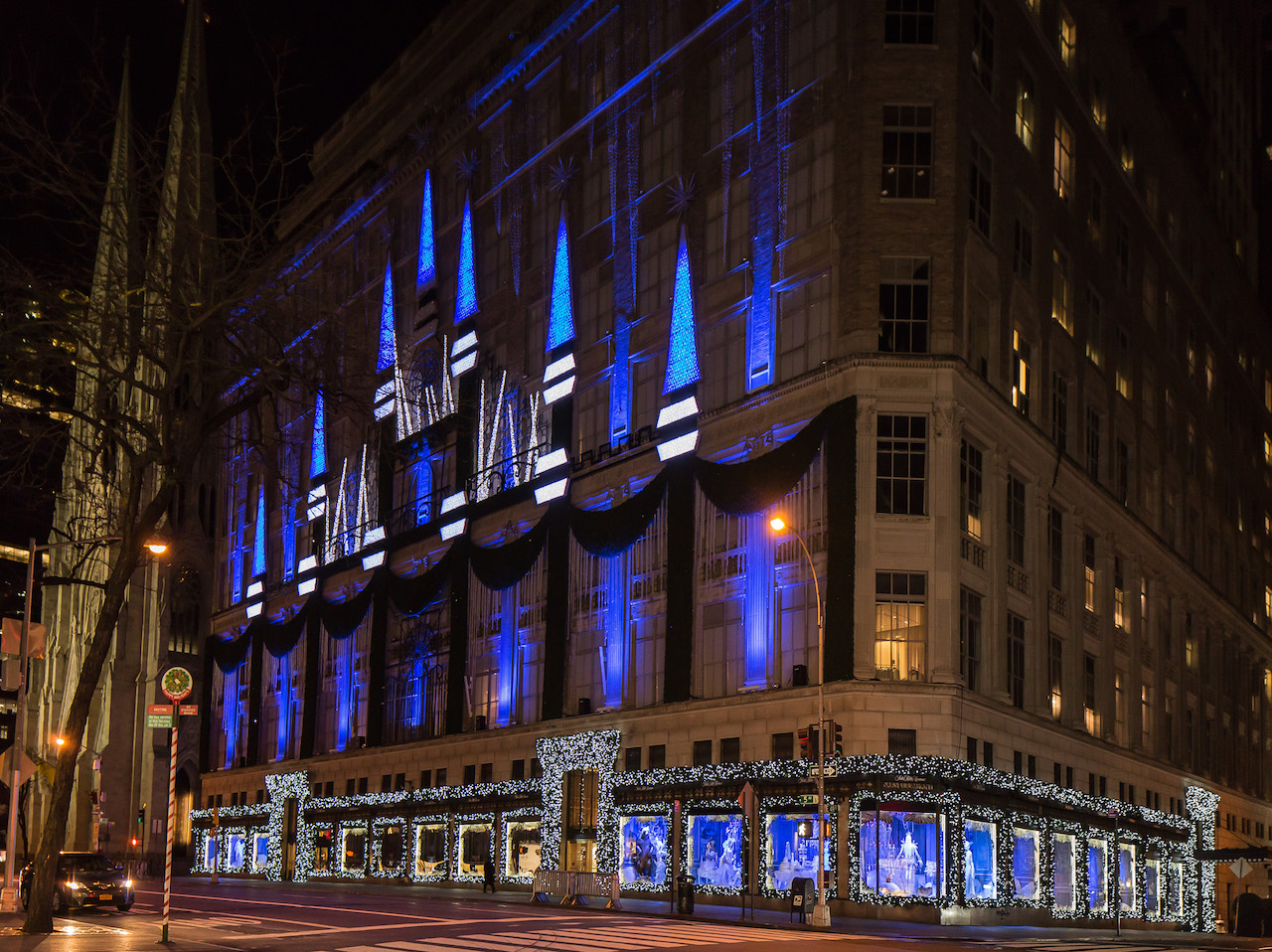 Our first Horatio installation, and the impetus for its development, was the Winter Palace on Fifth holiday display at Saks Fifth Avenue in New York. Chris Werner Design, American Christmas, and Saks Fifth Avenue developed an ambitious facade display consisting of 176 universes of ArtNet driving thousands of light fixtures, with a cadre of Mac Minis as back-end media servers. After years of designing, teching and running this type of show with limited monitoring capabilities, Chris Werner came to us in search of a custom setup that would let him see what each component of the lighting system was doing, troubleshoot any problems, and monitor the status of all devices between and during shows (an important aspect for a show that ran every 10 minutes, 7.5 hours a day for a whole month).

We worked with Chris to develop Horatio according to his needs, but also included features he could forsee needing on future projects. For the Winter Palace, Horatio monitored the entire system: pinging Minleon NDBs to make sure they were still online, watching CITP discovery packets to track the status of the media servers, collecting syslog data from the various embedded systems and network switches, logging OSC messages from QLab3, and safely providing a backup storage solution for the MA Lighting GrandMA2 console.

“Horatio’s logging functions provided an incredibly powerful forensic tool which allowed for remarkably accurate and fast troubleshooting of the system by members of the design team scattered throughout the country. Horatio’s persistent monitoring and error reporting allows our team to boast “zero down-time”: each and every scheduled performance ran on-time.”

The event ran from 4:30pm-midnight for five weeks, and on several occasions Horatio was able to notify the team of potentially show-stopping errors that occurred during the day, giving technicians plenty of time to reset things before the display went live again that evening.