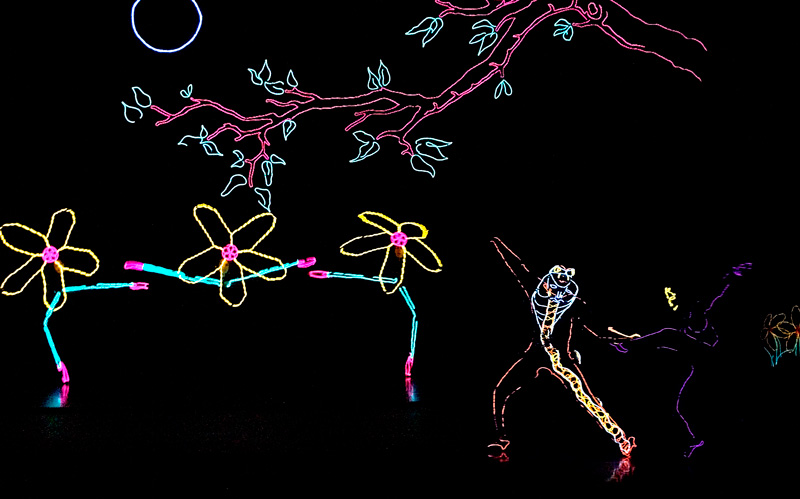 In 2018, long-time customer Darryl Thomas asked us to create a lower-cost, WiFi-enabled version of our original Capulet controller.

Darryl is the Artistic Director of Rainbow Dance Theatre and had been using a system of Capulets integrated into his company’s costumes for several years.  Now he was collaborating with two other professors at Western Oregon University to create an educational program that integrated coding, dance and lighting: teaching students to code through choreographing light-up stick figures who were wired with LEDs.

The original Capulets required a base station that received DMX input and broadcast it to the costume controllers; for this application, though, Darryl wanted something a little simpler that worked over WiFi.  In response to his request, we developed the Capulet 2.0.

The Capulet 2.0 takes an inexpensive WiFi microcontroller and couples it to a 12-channel DC dimming system.  It directly takes sACN or ArtNet data, but for Darryl’s use, we built an HTTP API that allowed his browser-based programming system to change the brightness levels of the LEDs.

The result was a hands-on program where the students worked together to create a dance, coordinating lights and choreography, with streamlined technology that facilitated their work instead of getting in their way.